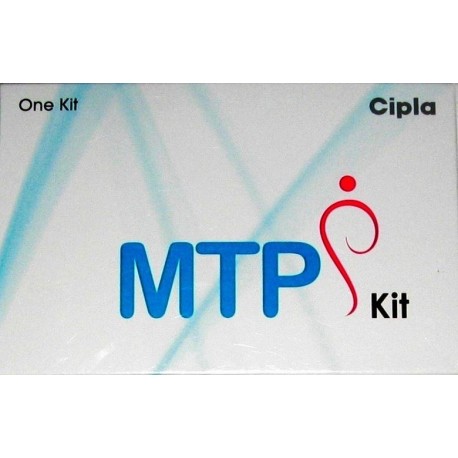 MTP kit-Mifepristone and Misoprostol for Abortion

Mifepristone and Misoprostol for safe Abortion

How It Works (buy mtp kit)

A medical abortion usually requires at least two visits to your doctor over several weeks. For the first visit, one medicine is taken during the visit and a second medicine is given to be taken at home. The second visit is a follow-up appointment, usually scheduled about 2 weeks after the first visit, to make sure the pregnancy has ended and no complications are present. If a medical abortion is not successful, a surgical abortion is then done to complete the process because misoprostol can cause fetal abnormalities.

You can take pain medicine by mouth for this medical procedure.

Within 4 hours of taking the second medicine (misoprostol), many women have vaginal bleeding and cramping, and the pregnancy is terminated.2 Most pregnancies end within the first 24 hours after the misoprostol dose. If not, then typically a second dose of misoprostol is given.

Misoprostol can be given orally, buccally (dissolved between the gums and cheek), or vaginally. Misoprostol is slightly more effective when given vaginally than when taken by mouth.1 But many doctors are only giving misoprostol by mouth because of reports of a rare, fatal infection that affected a few women after using vaginal misoprostol. Some studies have shown that taking misoprostol buccally works as well as when it is given vaginally or orally.3, 4

15 other products in the same category: